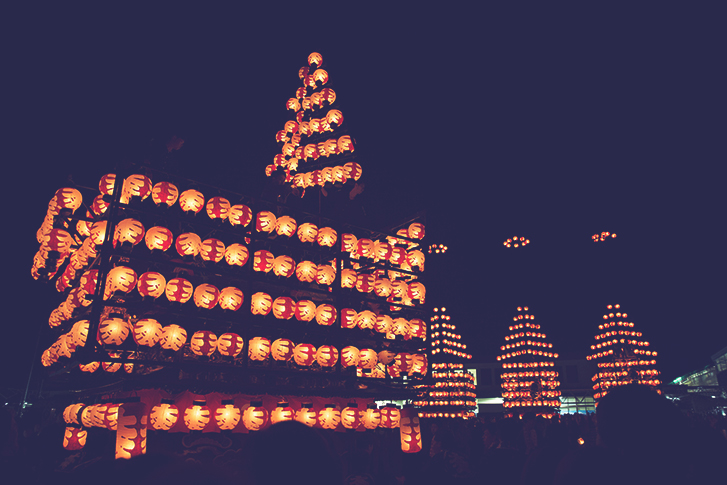 I visited Nihonmatsu on October 4th in order to attend the Yoimatsuri or"night festival", which is in fact the first and the most animated day of the festivities. Before twilight, the seven imposing Taikomado gather from the seven towns that constitute the Nihonmatsu county. Taikomado are wooden floats that feature a heavily decorated portable shrine, surrounded by hundreds of lanterns. They are then dragged around the city by young men in a parade that lasts several hours. 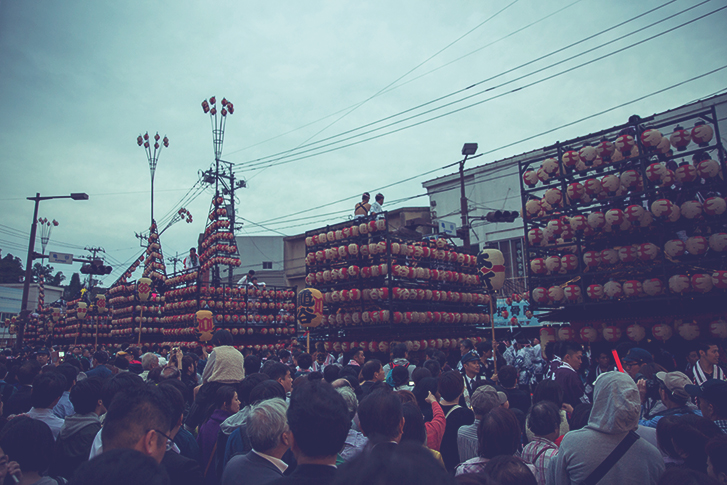 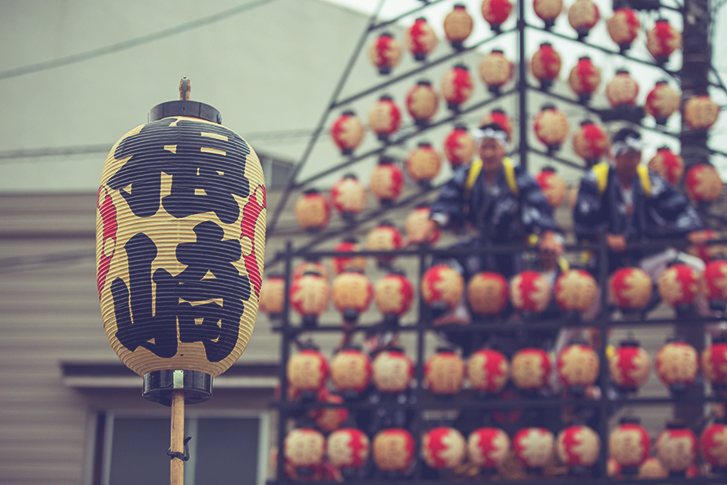 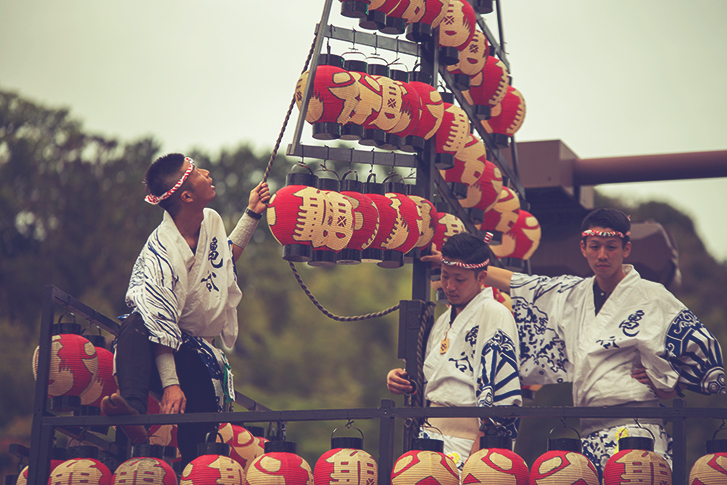 Each lantern features a candle, which is lit up by hand from a single source of fire handed down to the people from the Nihonmatsu shrine. The natural flames make the lanterns glow in soft and beautiful red hues. 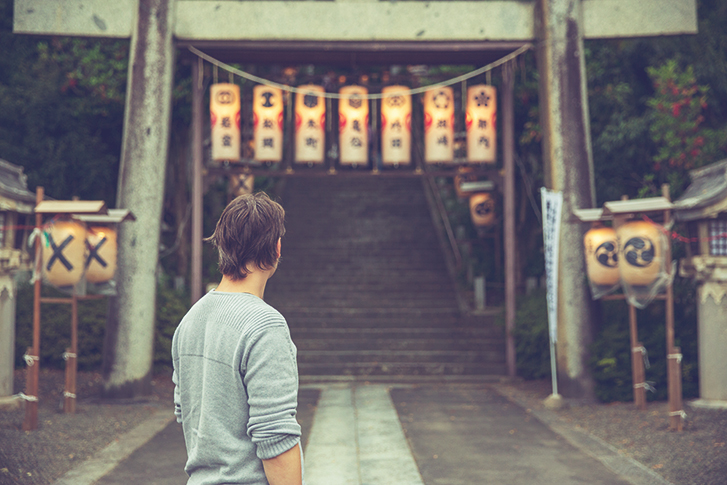 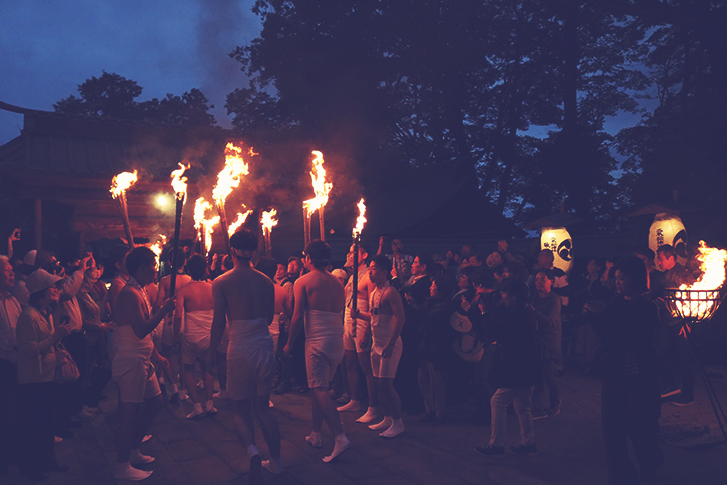 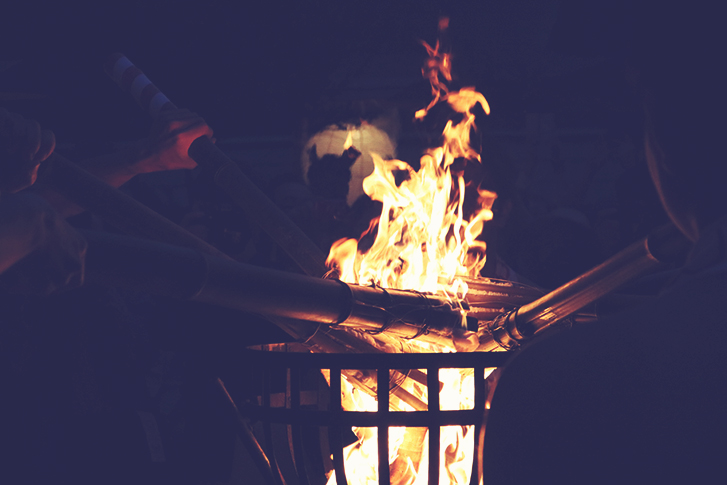 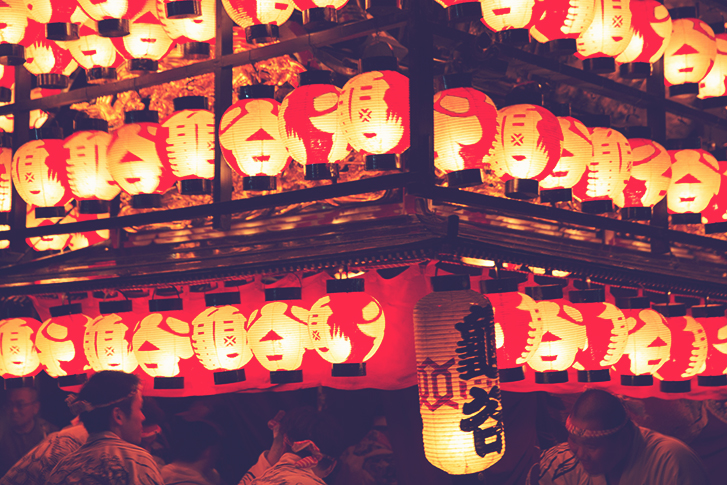 Since there are neither steering devices nor brakes on the floats, conducting it across the narrow streets, the curves and the slopes of the city can be very challenging, and dozens of young men spare no efforts to make sure their float attracts the most attention. Full 360°, 720° or even 1080° spins are used in many occasions to pull loud cheers out from the crowd. Spinning the float requires a lot of strength and coordination, and each group has its secret technique handed down for many generations. 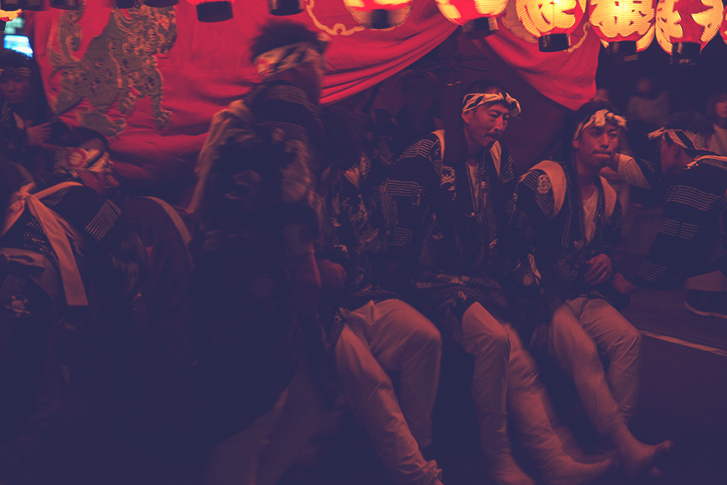 The first climax of the event is reached rather early when the 7 floats are aligned, with all the lanterns in full glow, cumulating at that time between 2,000 and 3,000 lights. Taiko drums and Japanese flutes then compete from one float to another to make the loudest impression as the night grows darker. A couple hours later, the second key moment of the Matsuri is when the floats are slowly driven down a steep slope: the view from the bottom of the slope is quite impressive. 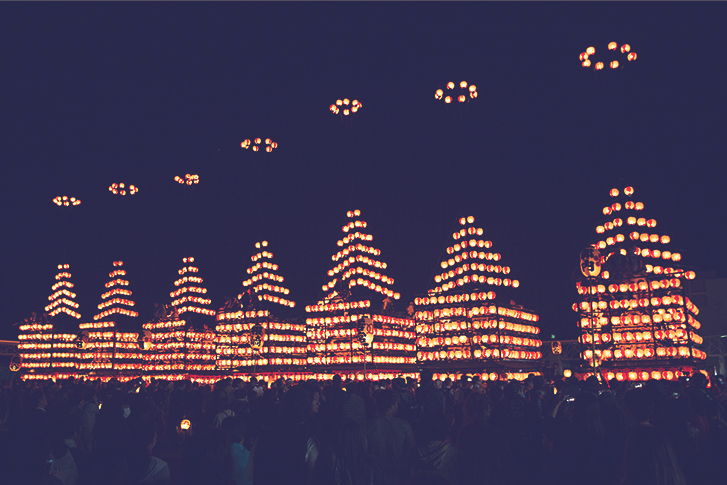 It is said that the Nihonmatsu Chochin Matsuri first took place when the lord of the domain, Niwa Mitsushige, declared "To do good politics, we need our people to unit in the faith" He then decided to build a new shrine, where common people and elites could pray together. To thank their good lord, the people of Nihonmatsu therefore decided to offer to the shrine this lantern festival, and have organised it since then. To commemorate this kindhearted gesture, they also continue to this day to display the Kamon (coat of arms) of the Niwa lords on special lanterns in the shrine and around the city. The Niwa's heraldic insignia is rather peculiar among the other warlords and samurai Kamon, as it represent a bold and simple X mark. 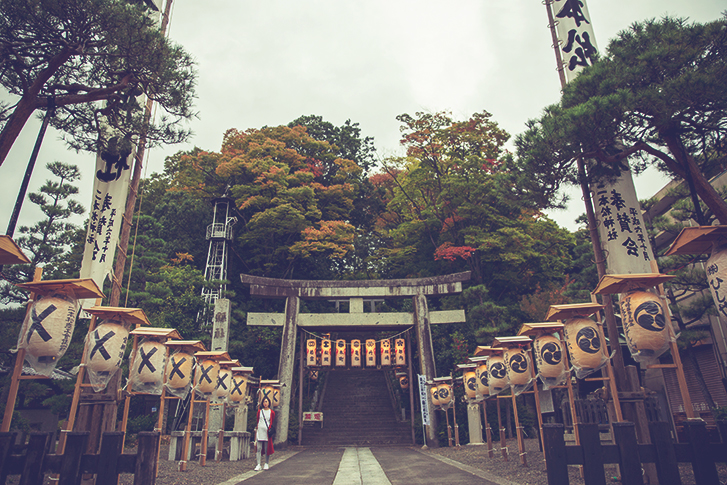 Niwa's strategy was a success anyway! Almost 400 years later, the people of Nihonmatsu still gather every year to unite and to witness the passing of the flame from the shrine to the floats, to cheers for the children of the city who play the drums and the flutes during the festivities and to admire the strength of the young men who drive the Taikomado through the night. 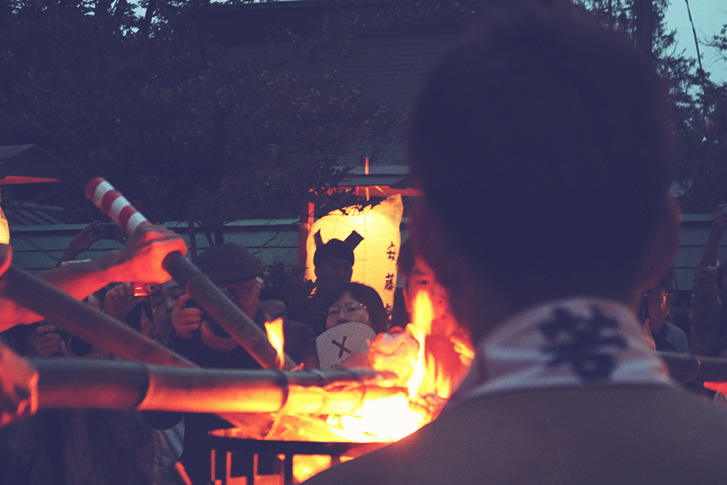 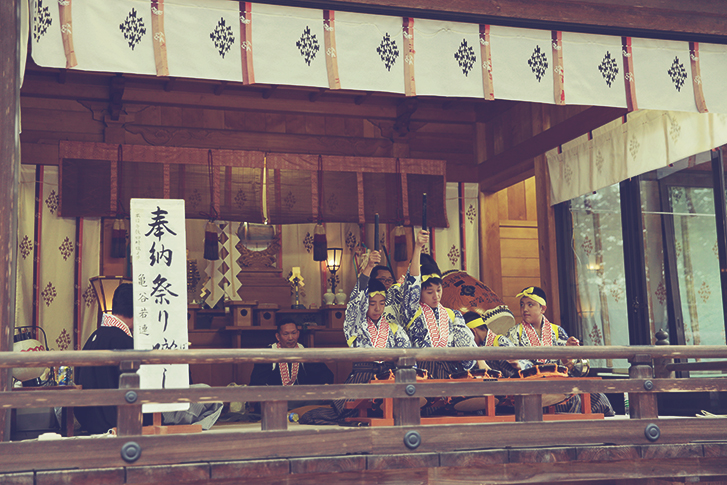 To conclude, let's not forget that Matsuri in Japan is synonymous to good street food and local Sake that make the event even more enjoyable. And when it comes to Sake, the Fukushima area can boast numerous excellent brands and famous types of rice wines. Recently, a local brand called Okuni no Matsuta ginjo, brewed on the outskirt of the city, won the 1st Price during the International wine Challenge in the Sake category. It is said that Nihonmatsu has been blessed with good water, flowing from Mount Adatara, and its Sake have been popular since ancient times.

Sure enough, as the floats were guided to the darkest hours of the night, the flickering lights from the lanterns were revealing countless shadows staggering their way back home through the streets of the city. 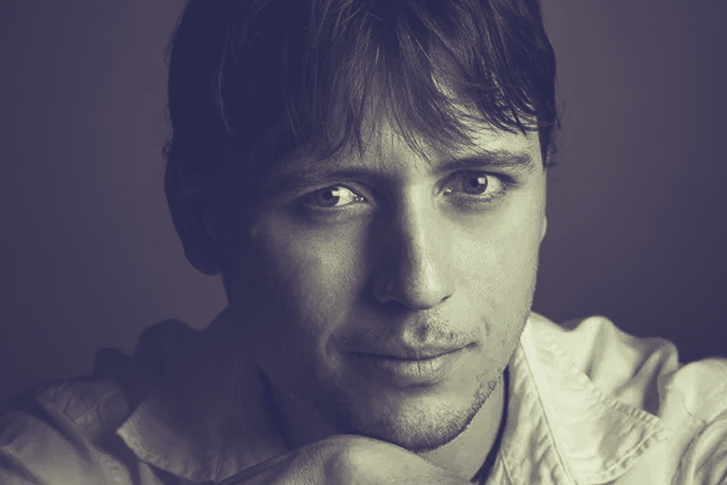