While I was in Fukushima I visited the city of Shirakawa. As with all of Fukushima Shirakawa has a rich samurai history. Traditionally it was once considered the last bastion before heading off into the wild north. There was a barrier gate (Shirakawa no seki) built to keep out the Northern tribes or as a point to exile enemies. Now in modern times the city is referred to as the gateway to the Tohoku region. During the *Boshin War (1868~1869) though it was the location of heavy fighting between the Imperial forces and the Tokugawa loyalists. The castle there was almost totally destroyed. After the Meiji Restoration (1868~1912) the remains of the castle were completely destroyed. In 1991 however, it was rebuilt and now the Shirakawa Castle or Komine Castle as it is also called is considered one of the hundred finest in Japan. 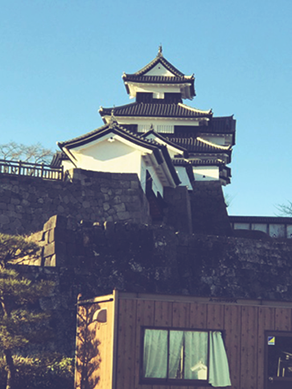 While there I was taken to Suirakuen where they shot short a scene of me preparing tea in a small tearoom. I was then taken to a small shop to decorate a Daruma doll. The Daruma doll is a popular item there and they even host a festival every year celebrating it! The Daruma Ichi as it's called is concentrated along the streets in front of the station. It is a yearly event that occurs on February 11th, Japan's National Foundation Day. There are other locations throughout the city that also celebrate the festival. 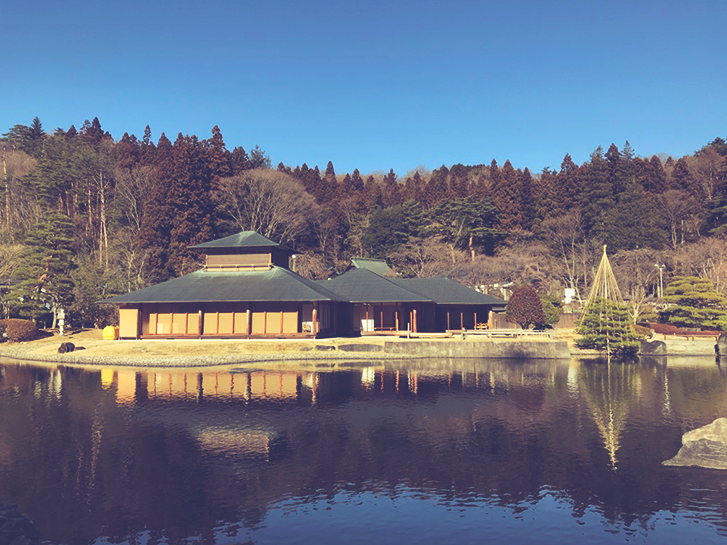 The doll is a character representation of the Bodhiharma, the 5th (6th?) century monk attributed with introducing Zen to China. It is said that he sat before a wall for nine years and that he lost (use of) his arms and legs which is why the dolls are armless and legless (and blind, I'll explain later). For me he is doubly interesting as it is also rumoured that he developed the martial arts at the Shaolin Temple (so we can kind of make a vague reference to the samurai spirit!) and that his eyelids became the first tea plants. (He cut them off in a rage when he couldn't keep awake during meditation. It's said that when he flung them to the ground the eyelashes sprouted into tea plants which thereafter the drink would act as a stimulant to help keep practitioners awake during zazen! )

The dolls are not toys but considered to be lucky charms that help the person getting one to achieve a wish or goal. During election time it is very common to see the various politicians displaying theirs in front of the camera while promising to do whatever it is politicians do!? When I first came to Japan I would almost religiously every year buy Daruma dolls hoping they would help me attain goals I set for myself usually concerning gradings or tournaments in the samurai arts! I would write on the bottom of each doll which Budo I wanted to progress in and then using a brush I would draw in the left eye. The idea being to give the Daruma "sight" so it could help "see" you to your goal. If the goal was achieved you would fill in the right eye. I have heard the other way around, right and then the left but I'm pretty sure the left, right order is correct. At any rate I hadn't done it in a good many years when by chance last year I was asked to "draw in" the eyes for several dolls at a duty-free shop! Then again my path crossed with Daruma at the shop I visited in Shirakawa. Here I actually didn't "draw in" the eyes but I did much more! Here the dolls are left unfinished so the customer could come in and enjoy finishing it off in a design they created. I drew some of the decorative designs. I'm NOT exactly what you could call artistic by any stretch of the imagination, so maybe 'decorative design' is not quite the proper phrase.

The tradition of making these dolls dates back to the 1700's when temples started to promote them to their flocks. They became more popular in the mid 19th century. In a stroke of savvy business acumen the temples suggested that the Daruma dolls would only have a shelf life of one year so would have be purchased anew each year. There are festivals all over Japan to celebrate the burning of the 'old' ones and I guess, at the same time, buying new ones! I don't know if they are all done on the same date, I imagine not but I do remember seeing huge piles of leftover New Year's decorations stacked along the Metoba River in Masumoto where I first lived. I can't remember the exact date but I want to say Jan 15th!? Anyway they kind of looked like huge x'mas trees and would be decorated with the 'old' Daruma dolls. So I would bring my "spent" Daruma down to the river and place them in one of the "x'mas trees" where they would later be lit with some ceremony to send them on their spiritual way so to speak. I must confess that I did keep a few as souvenirs! (Hope that didn't affect their juju!?) The BIG bonfires along the river were always an impressive sight. I imagine similar events taking place at various temples and in fields as well. When I first came to live here I can only recall them in the colour red...maybe white and gold but red is my strongest image. Today though you can find them in almost any colour from the standard red to hot, vivid pinks and in a variety of sizes and shapes! I imagine you can buy them these days on amazon.com without ever having to leave the comfort of your favourite chair...tradition is ever changing!!!

There's an old saying in Japanese that is related to the Daruma. It is "nana korobi ya oki"... it means to fall down seven times to get get up eight. It refers to the resilience, vigilance and determination of the monk not to be pushed out of his meditative sitting posture. Always willing to get back up and continue on, a kind of never surrender attitude. For me it resembles more closely what my life is. I seem to be falling down all the time! Another interesting fact is that 'yuki daruma' is Japanese for snowman. I even built my first one in YEARS outside the samurai school I visited in Aizu-Wakamatsu.

* For a more detailed account of the conflict please refer to Dr. Alex Bennett's article. 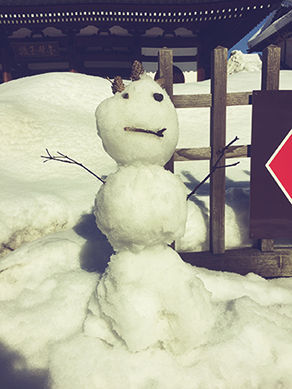 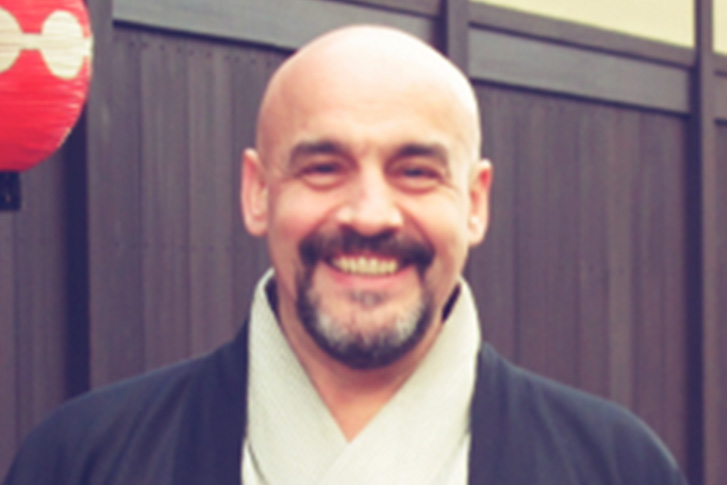